This is a gallery for everyone! Please share photos of your proud member's accomplishments, awards, and other laurels. Make sure to add in the comments: their name, Chapter, accomplishment, date/year, and photographer credit, at the very least.
Read More 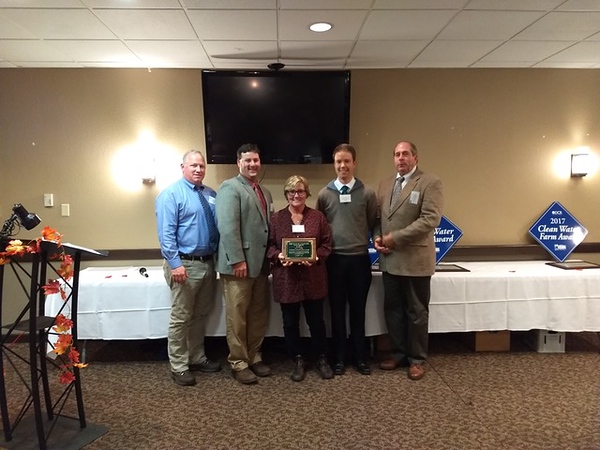 The Culpeper Soil & Water Conservation District’s 2017 Wildlife Award was given to Dana Squire of Old Rag Master Naturalists. From 2012 to 2013 Dana worked with various government agencies to turn her entire backyard – about 4.5 acres – into a wildflower meadow. From bees to butterflies and a great variety of songbirds, truly the wildlife has benefited greatly. Dana has had to commit herself to doing prescribed burning with the Virginia Department of Forestry to keep the meadow in shape and has done invasive species control through the Blue Ridge PRISM project. In addition to Old Rag Master Naturalists, where she oversees the VMN reporting system, is an ex officio member of the board, and volunteers in so many projects such as Old Rag Restoration, Dana is also heavily involved with the Virginia Working Landscapes (VWL) program of the Smithsonian Conservation Biology Institute. Dana was a part of the first cohort of citizen scientists trained and deployed by Smithsonian scientists to conduct biodiversity surveys on private lands throughout the VWL region in 2010. Rather than limiting herself to a single survey type, as many citizen scientists do, Dana has participated in grassland bird, plant and pollinator surveys over her 7-year commitment to the program.